A brother from my church has been teaching a class that has been going through the book Multiply: Disciples Making Disciples by Francis Chan and Mark Beuving with David Platt.  It’s been interesting and enlightening thus far and the wonderful thing about the Church is that our goal is not to turn a huge profit, but to progress the Kingdom of God.  The authors and publishers have made all of their resources including web transcripts of the chapters, video discussions with Chan and Platt, and even a free PDF download of the entire book available at MultiplyMovement.com.  By God’s providence, the teacher is out of the country this week and has asked me to lead the discussion on a topic I thoroughly enjoy: Studying the Bible logically.  Below are the class notes.

In my 9.5 years as a Christian I have both seen and experienced the folly that I see many believers make in regards to studying the Scriptures.  For many Christian’s if they read the Bible at all it’s usually done lackadaisically without a whole lot of thought and usually seeking some sort of life lesson rather than eternal life changing truth.  In contrast many others, especially those who have been to Bible college may be prone to over intellectualize the Bible and the truth is that both approaches can be wrong.

“12 For the word of God is living and active, sharper than any two-edged sword, piercing to the division of soul and of spirit, of joints and of marrow, and discerning the thoughts and intentions of the heart.”     Hebrews 4:12

The Bible is not a self help book, nor is it a text book.  It is the heart of God put into words through the pens of God’s prophets and apostles under divine inspiration.  Applying this truth practically means we don’t under-analyze or over-analyze the Bible.  It’s recognizing the authority of Scripture because it teaches us about the heart and work of God in human history.

In this chapter of Multiply Francis Chan walks us through the importance of studying the Bible not only prayerfully and obediently, but logically.

“An academic study of Scripture does not ensure a proper interpretation.”     (Chan, 123)

However this does not mean we study the Bible without working at it.   Hard work and a logical approach are “not only helpful, it is necessary and commanded” (Chan 123).

“15 Do your best to present yourself to God as one approved, a worker who has no need to be ashamed, rightly handling the word of truth.”     2 Timothy 2:15

According to Paul in this passage, having access to the Word of God is an honor and a privilege that is not to be overlooked.  To simply read or “study” the Bible in a way that is not intentional is a measure of our own laziness, a quality that God finds shameful.

“Like vinegar to the teeth and smoke to the eyes, so is the sluggard to those who send him.”     Proverbs 10:26

“4 A sluggard’s appetite is never filled, but the desires of the diligent are fully satisfied.”     Proverbs 13:4 (NIV)

“The sluggard buries his hand in the dish and will not even bring it back to his mouth.”     Proverbs 19:24

I could go on with more examples but I think you get the point.  Being a sluggard is bad because the he/she is pathetic!  So is the one who takes hold of the Scripture and is lazy with the manner in which he uses and studies it.

Studying is an Act of Worship

Chan points out that diligently studying the Scriptures which he has given us to reveal himself to his creation is not simply a duty, but it’s an act of worship by loving him with our minds (124).

We all need to understand ourselves and our nature.  The world would tell us that we need to be self-aware and self-assured.  The problem with this is that we are hardwired from the 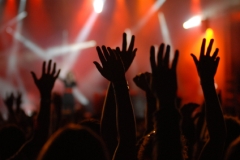 time we were created to worship.  We see this played out in the lives of every human being who has ever lived.  We were created to worship God and to know him by obeying his commands (Ecclesiastes 12:13), but in our sinful nature, some have turned to false gods in worship while others have turned in on themselves as their object of worship.  So the question the question is then, who/what will we worship?

What’s needed for this loving worship act of studying the Bible is humility.  Proverbs also tells us that in his own eyes, the sluggard is more wise than seven sensible men.  In other words, the most lazy among us are the ones who will read something lazily and not do their research to verify the credibility of their sources and when someone with more wisdom and discernment comes along to correct them, they cannot receive it.  They think they know better.  This is like your know-it-all friend who can never acknowledge their mistakes but gives an excuse for every error in an effort to justify it.  In the same way, if we do not humbly approach the Scriptures as a learner, we cannot fully receive the wisdom the Holy Spirit (our gloriously humble teacher) would have for us.

The authors offer seven principles for interpreting scripture in a good way:

Studying the Bible logically includes understanding the things listed above, but as stated before, you cannot study it without prayer and earnestly seeking God in regard to his word.  If we omit that, the Bible can become nothing but information used to live a “moral” life instead of the transforming word of God to us.