This post is the follow up to Universalism Pt 1: A Survey of Universalism.  To remind everyone, Universalism is not specifically “Christian” in nature.  Many people do not believe in Hell or believe in suffering as a means to paradise or even annihilation so for that reason remember that the term Universalist in this post is regarding the Christian heresy of dogmatic Universalism.  To read more on this and what Jesus and his disciples believed and taught about Hell, read chapters 3 and 4 in Francis Chan’s Erasing Hell.

Before we begin, write down what exactly you would say you believe about Hell.

Nobody likes to talk about Hell these days.  And the truth is this is nothing new.  In regards to Christian theology the idea of universal salvation has not had a very strong following until a relatively short time ago.  The first person to try and popularize this theory was the early Church leader Origen.  He believed that Hell was, simply put, a place where the souls of man go to be purified of sin before they are saved.

Origen’s theory didn’t gain a lot of support and he was labeled a heretic for teaching this belief which sounds harsh, but truly it’s understandable why the Church denied this teaching.  No where in the Bible is Hell described as a place of purification, but we’ll touch on this later.  Furthermore, for there to need to be a purification for sin to be endured by an individual Jesus’ sacrifice on the cross would not have been necessary.  Christ died once for the salvation of all who trust and walk with Him, which is why he said from the cross, “It is finished” (John 19:30)

Through the centuries, others have offered more artistic views of Hell which, interestingly enough, some have wrongly believed to be biblical.  One example is the poet Dante.  In The Inferno the author depicts Hell as a multilevel dominion under the earth.  Each level, or circle, has a greater degree of suffering than the last based on the sins committed.  I enjoyed The Inferno, but it is a literary work.  To my knowledge, Dante never intended to shape anyone’s doctrine, but to show the sufferings of unsaved sinners.

Another such poet was John Milton who’s work Paradise Lost has impacted people’s doctrine of Hell in a deeper and probably more subtle way.  In Paradise Lost Milton shows Hell, not as a pit of suffering, but as a demonic kingdom ruled by Satan (the fallen angel Lucifer),  Mammon (the demon god of the love of money), and Beelzebub (the prince of demons).  They rule over their kingdom from a capitol, Pandemonium (literally translated All Demon Place).  Now consider what you believe about Hell, and answer honestly if you believe that Hell is where the Devil rules and people suffer.

Here’s the theological problem with Milton’s story-turned-doctrine: Jesus rules over Hell.  Jesus holds the keys to death and Hades, and Jesus is the Judge on the white throne who will judge the living and the dead with all authority to welcome into the Kingdom of God or reject.  Furthermore, Hell was not created for humanity.  When we were created by God, he said that we were, “Very good” and there was no sin to condemn us, but through sin we have condemned ourselves.  Hell was created as a punishment for Satan and his demons who rebelled against God, and by our own volition we rebel against God with them.

The more modern, Western, view of Hell seems to be the notion that we are undergoing our versions of “Hell on Earth” and that after this we will have paid our price and get to be in paradise.  We’ll come back to this later, but before I get on a soap box about sound doctrine, let’s look at what Jesus believed about Hell.

What Did Jesus Believe?

In agreement with Pastor Chan I believe that before we dive into the Word of what Jesus said about Hell, we need to develop an understanding of what Jesus would have believed during his time on the earth.  Why?  Because many heretics argue that Jesus didn’t actually mean what he said, or that he spoke in a way that insinuated something other than what a literal interpretation would suggest.  Chan keenly points out that logically if Jesus did not hold to the common cultural beliefs of 1st century Judaism regarding Hell that he would have had to go out of his way to preach something different.  It’s kind of like that scene form Transformers: Revenge of the Fallen when Sam has a vision from the shard and tries to teach his professor and fellow students about how “Einstein was wrong”.  He started rambling off all of this information without first laying a foundation of understanding so everyone thought he was crazy.

Here are the facts;

That being said, for Jesus to be a reputable Rabbi among the Jewish religious establishment, he would have had to be in line with Scripture and to some extent the traditions that the people were accustomed to.  Furthermore, Jesus openly rebukes false teachers.  We see this in almost every encounter he has with the scribes and the Pharisees.

For more information regarding this matter, check out chapter 2 of Erasing Hell.  Chan attempts to bring the reader into an understanding of the culture by removing our Western mindsets and the presuppositions we have about the Bible in general and Jesus in particular.  While I believe that the Bible is sufficient for what we need to know about Hell, I do think that using outside sources from time to time can be useful for understanding a cultural or historical context, and supporting our work as apologists.  Much of this information comes from Erasing Hell and the extra-biblical texts he’s using are the apocryphal book of Esdras (also referred to as 4 Ezra or The Jewish Apocalypse of Ezra), and various rabbinic teachings (from the Talmud, I think).  This, among the other apocryphal and pseudepigrapha writings, can be useful but should not be elevated to the level of Scripture.

According to Esdras Hell is:

The doctrine of Hell progresses throughout Scripture.  What this means is that God reveals more about Hell to us over time, just as he did the Messiah.  For Jews in the 1st century, much like today, Daniel was an important book of prophecy.  One passage that is important in understanding the Jewish mindset would be Daniel 12:2.

As a typical Jew in that time Hell would have been seen as something to come after the final Judgement as a punishment.  Another 1st century Jewish writer described Hell as Gehenna, a place of fire and torments, where the wicked wander about in torments, ever grieving and sad because they cannot now make a good repentance that they may live (2 Esdras/4 Ezra 7:38, 80, 20 para.).

In 21st century America many do not distinguish between punishment and discipline.  The two terms more or less mean the same thing when it comes to wrong behavior, however there is a very big difference that we need to understand: Discipline is remedial in nature and Punishment is to enact retribution for a crime or wrongdoing.

I’m sure that many of you have heard what I like to refer to as the garbage dump theory.  I was introduced to this by Rob Bell in Love Wins (note: it may have been one of the Nooma videos… I really cannot remember) when he explains that Gehenna was the name of the landfill outside of Jerusalem where they would burn away the trash and wild beasts would feed on the trash and the dead bodies that were thrown in to be consumed.

However, according to Chan’s research the first reference to Gehenna as a garbage dump was from a Medieval Rabbi named David Kimhi in 1200 AD (keep in mind that Jesus was crucified around 30 AD).  If it were an actual garbage dump it would have probably been the Himnom Valley where, generations before, child sacrifices were offered to the pagan demon gods Molech and Baal (2 Kings 16:3, 21:6, Ezekiel 16:20-21).

Regardless of your thoughts on this, the imagery remains the same, and Jesus used Gehenna to describe one of the ways humanity will live out the rest of it’s existence after death.

What Did Jesus Say?

While Jesus talks about Hell in all of the gospels, I am referring only to the Gospel of Matthew for this post for two reasons.  First, it would take a very long time to cover every entry and much of what is said in Matthew is repeated elsewhere.  Second, each of the Gospels were written in a slightly different style because they were written to a particular audience.  For instance, Luke addresses Jesus’ earthly ministry in a much more analytic/historical way because Luke was a doctor and historian commissioned to recount the life and ministry of Jesus.  Likewise, Matthew was written as a gospel to the Jews, who would already have an understanding of the prophecies and the Scriptures.  Including the above verses that I’ve already listed, the Gospel of Matthew records Jesus teaching in regards to Hell on at least 12 occasions.

Some, like Origen, believe that Hell is a place of cleansing.  Therefore, the wicked will suffer in Hell to pay the price of their sin, and others will argue that it may be the fire and darkness that are everlasting, not the punishment.  In the parable of the goats and the sheep, Jesus said that the goats would be condemned to everlasting punishment.  Chan goes into more depth regarding the Greek text and what this term everlasting means as it was used in Scripture, but that’s a topic for another time.

A Question to Consider

How does your view of Hell match up to Jesus’ view?  Seriously think about this question.  It’s easy to hear it and blow it off or think about it in progressive terms, but if you’re a Christian Jesus is your Lord God; that means that if you disagree with Him, you’re the one who’s wrong and needs to repent, which is something that I had to do.

Too many Christians don’t know how to talk about Hell.  They either avoid the subject all together and pretend it doesn’t exist for anyone other than rapists, child molesters, and Hitler or the over emphasize it to either condemn everyone around them or to scare them into accepting Jesus as their savior.  Instead of preaching fire and brimstone or pretending like everything will be fine, tell the truth.  This means reading the Scriptures and believing what they say, then taking that with you.

Fair warning: If you do this, you WILL be criticized.  Get used to it.  No one wants to hear that they’re going to Hell, because no one wants to be told they’re wrong.  As I’ve said before, we’re not trying to offend them but our ultimate goal is not to offend HIM.  Don’t be like the Ephesian’s in Revelation who had sound doctrine but did not have love.  Many people we know and care for are, at present, going to Hell and that is a terrible and sobering thought.  Our goal should be that when we are asked or are prompted by the leading of the Holy Spirit we would share truthfully what Jesus says about Hell and those who don’t believe so that we can share the truth and allow them to work it out with Jesus.

10 Points to anyone who actually finished this long post! 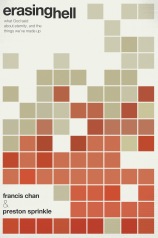 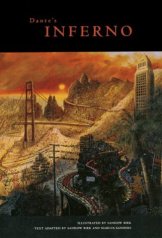 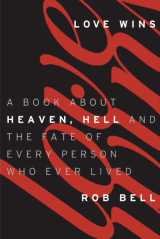 Blogger, IT pro, husband and father. Loves Jesus, music, and retro gaming. Trying to make the world better than I found it. View more posts

2 thoughts on “Universalism Pt. 2: Regarding Hell”