Session 6 of the Modern Day Heresy class marked a kind-of transition.  Up to this point the lessons had focused on what I would consider more internal matters starting with how the individual views Christ and what role he holds in the individual’s life and progressing to whether the believer actually believes what Jesus says.  In session 6 the focus remains on the heart of the believer but now in the context of our interaction with the world.  I hope you find this useful and beneficial.

Oxford defines worldliness as “of or concerned with material values or ordinary life rather than a spiritual existence.”  I would offer as a practical definition the chasing after of physical passions, possessions, and/or pleasures instead of seeking to honor and glorify God.  In short it is the act of forsaking God for gratification and self-glorification.

As Mark Driscoll noted in the sermon Temptation from Worldliness (15 Feb. 2009, Trial series) an accommodation of worldliness is NOT only in relation to the post-modern progressive ideology that is prevalent in so many western cities.  Again, if worldliness is the forsaking of God to seek the worldly things you desire than it can be ANYTHING that takes you away from God.  It can be the hipster who seeks the approval of his/her hipster friends, it can be the goth kid lamenting his/her existence, it can be the political activist who proclaims his/her ideals instead of the gospel of Christ, and it can be the conservative American Christian who remembers the glory of the 1950’s without the flaws whether or not they actually experienced those years.  The truth is none of these lifestyles or cultures are 100% in line with Scripture.  They are not necessarily in-and-of-themselves bad, but making them your identity is.

Ross Douthat, columnist for the New York Times wrote in his book, Bad Religion: How We Became a Nation of Heretics, of the Christian Churches response to the cultural pressures over the last few decades has been either resistance or accommodation.

What is Christian “Accommodation”?

Accommodation, Douthat says, “would seek to forge a new Christianity more consonant with the spirit of the age, one better adapted to the trends that were undercutting orthodoxy.”  One that, “would attempt to sustain Christianity’s mid-century reconciliation with Western liberalism by adapting itself to the changing cultural circumstances.”

It’s the idea that what God has given us isn’t good enough to be timeless, so we must adjust our understanding of God and Scripture to make them more appealing to the masses.  We see this on a regular basis in the news, music, cinema, and the like.  Thus we arrive at the ever so contentious topic of Tolerance.

The Issue of Tolerance

Let me preface this section this way: most people have a very poor understanding of the functionality of tolerance.  Generally speaking it’s used incorrectly by most liberals and assaulted in a way that I feel is unfair by many conservatives.

According to Oxford tolerance is the ability or willingness to tolerate something, in particular the existence of opinions or behavior that one does not necessarily agree with.  Most people I speak to regarding tolerance neglect the true meaning of the word, opting instead try and pass tolerance off as a synonym of acceptance which is the action of consenting to receive or undertake in something offered.

In-and-of-itself tolerance is not wrong.  We tolerate things everyday and everywhere.  If you have kids you tolerate somethings while resisting others.  If you are driving and someone cuts you off, you tolerate that person and their abominable driving habits.  If your best friend has some annoying quirk you tolerate it because you care for that person.  This is not the same as accepting and embracing it.  Thus we come to the question that Ross Douthat allude to: Do we resist or tolerate?

Tolerance or Resistance to Worldliness?

I was first really aware of this question when I reached high school.  My family and I lived in southern Indiana in the city of Bloomington, home of Indiana University.  Why does this matter?  It matters because this is where I first had a real experience with Christians in a church environment while I myself was (in hindsight) not a true believer.  Bloomington is also essentially the liberal oasis of southern Indiana.  In my last year of high school I was required to pass a class called Tolerance in order to graduate and I remember even as an unbeliever finding the classes intentions to be hypocritical, teaching acceptance of anything and everything except that which disagreed with the liberal idea of what was right (i.e. being intolerant of intolerance).

Years later, writing this, I thank God for that revelation as I was apart from him, and also for teaching me more over the years.  The big question here in relation to the Christian is, as with everything else, what does the Bible say the believer should do?  Do we resist worldliness or do we tolerate it?

Jesus, in his High Priestly prayer, prays for the believers.  The crazy thing is that he’s praying not just for those who are with him, “but also for those who will believe in my by their word” (John 17:20).  Jesus our great savior prayed for you and I while he was still on the earth!  And he doesn’t pray that we’d  be like the world or sheltered from the world.  Instead, read verse 15 where Jesus explicitly prays that we would be here in the world but protected from the evil one.  Don’t allow a Christian subculture to make you oblivious or willfully blind to the realities of the world around us.  Allow God the Father, through the power of the Holy Spirit, to protect you from Satan who is pulling the strings of the world system that feeds our sin nature’s desires.  He continues in verse 17 by explaining that he does this by sanctifying us in the truth of his Word.

4 “As you come to him, a living stone rejected by men but in the sight of God chosen and precious, 5 you yourselves like living stones are being built up as a spiritual house, to be a holy priesthood, to offer spiritual sacrifices acceptable to God through Jesus Christ. 6 For it stands in Scripture:

“Behold, I am laying in Zion a stone,
a cornerstone chosen and precious,
and whoever believes in him will not be put to shame.”

7 So the honor is for you who believe, but for those who do not believe,

“The stone that the builders rejected
has become the cornerstone,”

“A stone of stumbling,
and a rock of offense.”

They stumble because they disobey the word, as they were destined to do.

9 But you are a chosen race, a royal priesthood, a holy nation, a people for his own possession, that you may proclaim the excellencies of him who called you out of darkness into his marvelous light. 10 Once you were not a people, but now you are God’s people; once you had not received mercy, but now you have received mercy.

11 Beloved, I urge you as sojourners and exiles to abstain from the passions of the flesh, which wage war against your soul. 12 Keep your conduct among the Gentiles honorable, so that when they speak against you as evildoers, they may see your good deeds and glorify God on the day of visitation.”     -1 Peter 2:4-12

There are a few things in this section that jump out at me.  First of all, just as Jesus said in the High Priestly prayer, we are (like Jesus) not of this world.  We are sojourners and exiles.  We are out of place because this fallen world is not our home.  We are on a journey and a mission as we return to where we came from, but until then we are chosen to be the new priesthood with Jesus as our Great High Priest (to reference the Old Testament priestly order).  This means we interact with people, we counsel people, we intercede for people, and we speak the truth to people.  To me, verses 11-12 suggest that we are to already be living lives set apart from what the world suggests is great and we do so to honor God, to set an example, and to not be hypocrites.

Second, Peter speaks of Jesus as a stumbling block and a rock of offense.  Be advised, living for Jesus means you will be criticized, mocked, and ridiculed because what Jesus commands of us is often times contrary to what the secular arts and media portray as good and acceptable.  I’m not just picking on the arts and the media, but they are the culture makers of the West.

18 “And to the angel of the church in Thyatira write: ‘The words of the Son of God, who has eyes like a flame of fire, and whose feet are like burnished bronze.

19 “‘I know your works, your love and faith and service and patient endurance, and that your latter works exceed the first. 20 But I have this against you, that you tolerate that woman Jezebel, who calls herself a prophetess and is teaching and seducing my servants to practice sexual immorality and to eat food sacrificed to idols. 21 I gave her time to repent, but she refuses to repent of her sexual immorality. 22 Behold, I will throw her onto a sickbed, and those who commit adultery with her I will throw into great tribulation, unless they repent of her works, 23 and I will strike her children dead. And all the churches will know that I am he who searches mind and heart, and I will give to each of you according to your works. 24 But to the rest of you in Thyatira, who do not hold this teaching, who have not learned what some call the deep things of Satan, to you I say, I do not lay on you any other burden. 25 Only hold fast what you have until I come. 26 The one who conquers and who keeps my works until the end, to him I will give authority over the nations, 27 and he will rule them with a rod of iron, as when earthen pots are broken in pieces, even as I myself have received authority from my Father. 28 And I will give him the morning star. 29 He who has an ear, let him hear what the Spirit says to the churches.’”     -Revelation 2:18-29

Jesus, speaking to the church of the city of Thyatira (in western Turkey), rebukes the church for one reason, that being tolerance of sin which the Bible speaks to many times throughout the Old and New Testaments.  Jesus, in this instance, is not rebuking the non-believers of Thyatira for their sexual sins, he’s targeted the rebuke to the professing Christian’s who are going on sinning sexually and eating food that was sacrificed to pagan gods (an act of worship).

Biblically speaking the answer to the question Do we tolerate worldliness or not? is not.  There are things that non-believers do that are good (i.e. being a good friend, giving to charity, helping others in need) and that is great.  We should do those things because we, in fact, are commanded in the Scriptures to do them lovingly.  What this means is that we approach EVERYTHING in our lifestyle from a God honoring perspective; this includes food, drink, entertainment, sex, marriage, children, body image, value of life, community, etc.  This doesn’t mean we bury our heads in the sand or move with our Christian friends to a compound in the wilderness.  It means that we tolerate when necessary to lovingly share the gospel of Jesus in word and deed, and we resist when necessary. 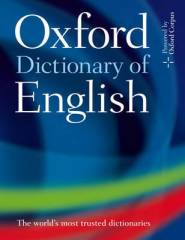