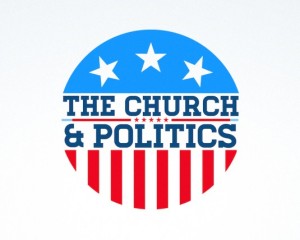 Growing up I was always told, “Don’t talk about religion or politics.”  and for the most part I did as I was told, and then I realized that it’s foolish to avoid these very important topics of discussion.  Besides, if you follow this blog you’ve noticed that God is pretty much all I talk about so why not let us make this completely taboo by talking politics too?

If you were following my previous blog you may remember around election season a 3 part series I did on the election and the two party system and that was the last time (at least that I can remember) that I got really into the political scene.  But this post isn’t going that direction.  Over the last 14 months or so the Lord has changed the way I see politics.  In the years preceding the last election I had gone to school for Political Science and become active in a number of campaigns at the grassroots level.My friends and I, at one point, even started an extra-student governmental group in an effort to get things done around campus that we felt weren’t being handled by the student government in conjunction with the administration.  But it was during the 2011 Republican primaries that things began to slowly change in my heart.  I was a big supporter of Texas representative Ron Paul, campaigning for him in South Carolina when I heard Jesus speaking to my heart:

“You know, you talk more about Ron Paul than you do about me.”

Ugh… that’s one of those times when you just want to go to sleep for a while and start over.  But it was true.  I was putting my hope and faith in a mere man to fix all of the problems of America instead of focusing on the King of kings who is over all rulers and governments.  But, of course, being the stubborn man I am it didn’t change me instantly.  I toned down a bit and asked God to give me balance and perspective for the remainder of the election season.  In the end, after Romney was named the Republican candidate I went 3rd Party voting for Constitution Party candidate Virgil Goode but with the defeat of both of my candidates there was peace.

There are many Scriptures that make it clear that we, Christians, belong to God.  We are called to be set apart for Him and to do all things to glorify Him.  So what does this mean practically when it comes to politics?  It doesn’t mean I can’t have an opinion or engage in a foreign/domestic policy debate, but it does mean that my primary focus is to be on my citizenship in Jesus’ kingdom and the politics of this world are tertiary.