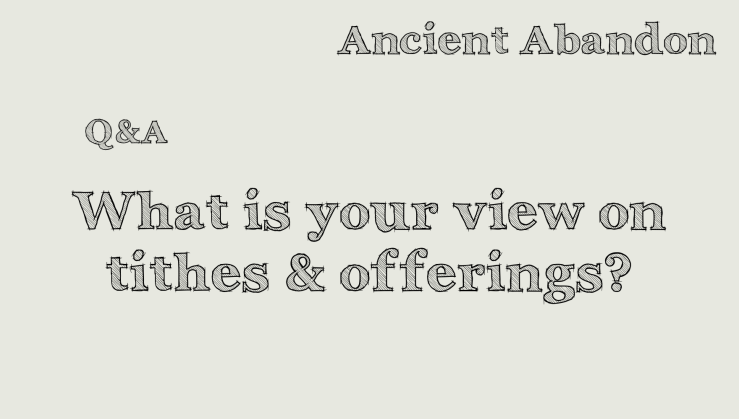 The Heresy of Progressive Christianity

Ah, another Christian term to define. Oxford defines Heresy as “belief or opinion contrary to orthodox religious doctrine.” For our purposes let us simply define heresy as false teaching about the bible.

As 21st century Christians we are being pulled in every direction to believe false teachings about the bible and about who God is. Our problems are compounded by heretical teachers within the church who capitulate to the worldly standards of living around them. Pastors like Joel Osteen who teach a prosperity theology (only good things will happen to you if God’s pleased with you) that is syncretized (blending of other religious/political/etc beliefs) with a New Age concept known as the new thought (positive thinking; put your desires out there to get what your heart wants) has lent to much confusion within mainline Christianity.

Similarly, progressive Christians are often caught up in the struggle of remaining faithful to Jesus and being culturally sensitive/relevant often at the expense of the faithfulness side of things. The decision that each of HAS to make is this: Who do I believe Jesus is, and how much am I willing to give up to follow Him?

Jesus and the Bible

I’ve made this point before, but it bears saying again: ALL of the bible is about Jesus. The Old Testament tells of his first coming, the New Testament tells of his victory over sin and death then ends by telling of His second coming in the end times. To suggest that the Old Testament is somehow outdated or inaccurate in it’s commands is to deny a part of God’s revelation to us and to endorse the teaching of the 1st century heretic Marcion of Sinope who denied the divine inspiration of the Old Testament (all of the other church leaders agreed that his teaching was wrong).

This has become a huge issue in our culture, and ultimately it stems from a number of issues ranging from a poor economic atmosphere to a lack of generosity and a culture of consumerism. There is a ton more that could be discussed, but for the sake of time I will cut it off here.

In conclusion, Christians are to be a generous people. We are to give freely and openly as God gave to us. While we are not bound to fulfilling all of the Old Testament requirements because of Jesus’ sacrifice which fulfilled that requirement, they are still beneficial to us today. For instance, the Jews had strict dietary laws they had to adhere to in order to remain holy. For us, those laws are a great guide for a healthy lifestyle to prolong our lives. Likewise, tithing allows us to grow in maturity as we give, even when it’s a stretch for us. After my wife and I started tithing regularly, I was out of work for a while and we had to stop giving. It didn’t take long until we were genuinely sad that we could not give, not out of guilt or obligation, but because we truly wanted to share in the work that was being done for Jesus in our community.

Pastors like Osteen teach that if you give 10%, God will multiply your blessings (i.e. wealth) many times over, but this isn’t the point. My family has been tithing for years. Our wealth hasn’t multiplied, but we have felt the blessing of growing deeper with God in faith. God does provide for us. We’ve never been without and our bills have always been paid, even though it doesn’t make sense when I run the numbers.

Just remember it’s not about your money, time or energy. It’s about your heart. Jesus said “For where your treasure is, there your heart will be also” (Matthew 6:21). He wants you to be willing to give of what you have for Him who gave everything for you so that you can be blessed and be a blessing to others around you (some who you’ve never even met).