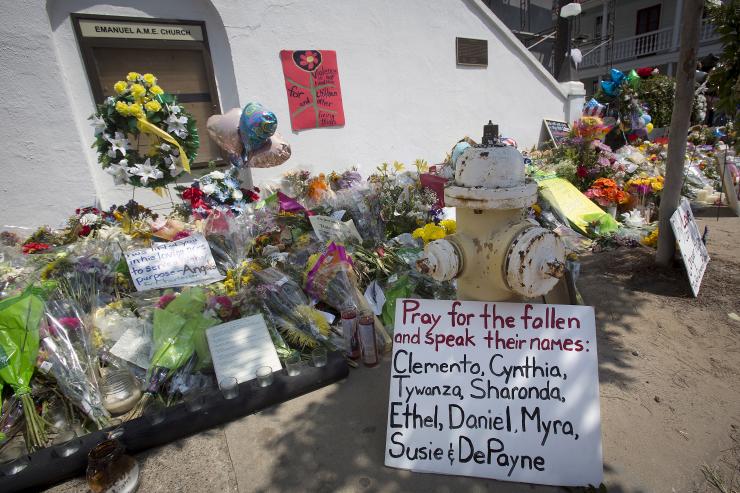 I have no doubt that you’ve heard a lot about the events of the past week in Charleston, SC and the subsequent debate about the Confederate Battle Flag at the State House in Columbia.  The talking heads have yammered on about racist America and the hatred that is flows through every street since the Trayvon Martin shooting in Sanford, FL back in 2012.  Since then, the media has used it’s political role of setting the national agenda to bring each shooting and protest onto center stage.  This is the first time I’ve gotten involved (publically) in this conversation.  It’s not that I don’t have an opinion, and it’s not that I don’t see these things as important.  But there are a few things I want to point out:

So now to the point:

Have you seen rioting?  How about looting?  Cop killing?  Race bating? No, here’s what we saw after the Charleston massacre:

“You hurt me, and you hurt a lot of people, but may God have mercy on you, and I forgive you.”

“We welcomed you, Wednesday night, into our Bible study with open arms.  You have killed some of the most beautiful people I know.  Every fiber in my body hurts, and I will never be the same.  Tywanza Sanders was my son.  Tywanza was my hero, but as we say in a Bible study, ‘We enjoyed you,’ but may God have mercy on you.”

“I forgive you and my family forgives you, but we would like you to take this opportunity to repent.  Repent.  Confess.  Give your life to the One that matters most: Christ.  So that he can change you; change your ways, no matter what happens to you and you will be okay.  Do that, and you’ll be better off than you are right now.”

No Justice, No Peace?

There is a concerted effort to divide the American people along political lines, along gender lines, along race lines, along ethnic lines, along economic lines.  When a people are divided, they fall easier.  God spoke that truth on numerous accounts, and empires throughout history have understood it as well.  That’s why the Assyrians, the Babylonians, and the like would conquer a land and disperse the population across the Empire.  It disenfranchised them and to keep ethnic groups from standing up to them.

Blogger, IT pro, husband and father. Loves Jesus, music, and retro gaming. Trying to make the world better than I found it. View more posts