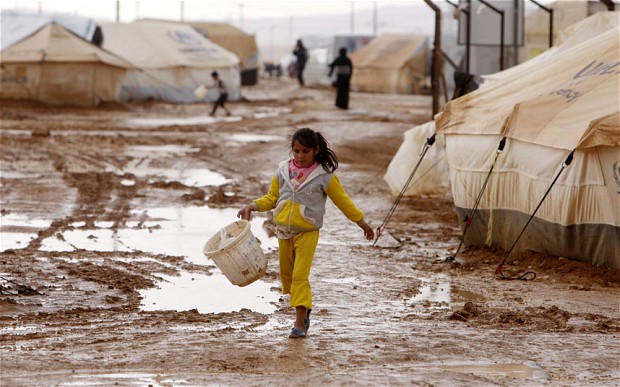 By now I am sure that you know about the debacle, both in America and in Europe, with the “Syrian refugees”.  I’m also sure that you’ve heard more people talking about it than you care to remember (I know I have) but it is  important to have an understanding, grounded in fact, and a biblical perspective on the matter.

Before diving in, let’s go over a few important terms and why they matter.  As always, these definitions come from Oxford:

The reason we define words is because they are important.  Often times words are abused in order to convey a message while masking it’s meaning.  These words in particular are pertinent to the question:

How do we, as Western Christians, deal with this “migrant crisis” while balancing faithfulness to the gospel and national security?

I’ll be honest, it’s not an easy one to answer but I will try my best.  As always, I am an American answering from an American point of view.

In 1883, American poet Emma Lazurus penned her renowned poem The New Colossus.  The sonnet was later engraved on a plaque on the Statue of Liberty and over the last century it has defined who we are as a nation as regards to immigration.

Not like the brazen giant of Greek fame,
With conquering limbs astride from land to land;
Here at our sea-washed, sunset gates shall stand
A mighty woman with a torch, whose flame
Is the imprisoned lightning, and her name
Mother of Exiles.  From her beacon hand
Glows world-wide welcome; her mild eyes command
The air-bridged harbor that twin cities frame.

“Keep, ancient lands, your storied pomp!” cries she
With silent lips.  “Give me your tired, your poor,
Your huddled masses yearning to breathe free,
The wretched refuse of your teeming shore.
Send these, the homeless, the tempest-tost to me,
I lift my lamp beside the golden door.

Now, does this sound anything like what has been said over the last week?  Generally speaking the left decries conservatives for being heartless, lacking compassion, and fear-mongering.  The right rebuts with arguments of national security interests but are failing to love in the process.  Do we, as a nation, respond by opening the flood gates and let as many people in as possible, do we close our borders and say “no” to anyone and everyone, or is there a third way?

Do we want to help save people?  Yes.  Do we want to see people delivered from persecution?  Of course.  Are there obvious and credible dangers being faced from the current refugee crisis in Europe?  Absolutely.  We want to do what’s best for all people because they are all made in the image and likeness of God (Genesis 1:26), that includes Christians and non-Christians alike.  That being said, it would be most irresponsible of us to not consider the fact that the Islamic State has embedded an estimated 4,000 jihadists with the migrants.  Attacks like what we saw in Paris last week remind us that our government, if it is going to accept these people, must be vigilant in knowing who they are letting in.

What Does the Bible Say?

As with everything, we ought to take our queues from what God says, not from what the politicians and entertainers say; so what does the Bible say about the refugee crisis in Europe and how we ought to respond?

“You shall not wrong a sojourner or oppress him, for you were sojourners in the land of Egypt.” –Exodus 22:21

“‘Cursed be anyone who perverts the justice due to the sojourner, the fatherless, and the widow.’ And all the people shall say, ‘Amen.'” –Deuteronomy 27:19

“Thus says the Lord of hosts, render true judgments, show kindness and mercy to one another, do not oppress the widow, the fatherless, the sojourner, or the poor, and let none of you devise evil against another in your heart.” –Zechariah 7:9-10

Now before you go off assuming I’m saying, “Just let them all in and love them all!” there are a few things that need to be considered.

While I highly doubt the State Department or the White House is going to read this blog or take what I say into consideration, I believe that we as Christians, have a biblical responsibility and mandate to love, care for, and serve any refugees that come to our nation.  That being said, the United States is no longer a Christian nation so the responsibility ultimately is on the Christians alone and not the government.

The wise decision, in my opinion, would be to welcome first women, children, and families.  According to the UNHCR, the UN’s refugee agency, only 38% of the migrants arriving by sea into Europe are women or children, those who are less likely to be trained militants.  Obviously there are some of the other 62% who are the husbands/fathers of these families, but, as Chris Matthews said, the numbers don’t make sense.

Do I think we should welcome more after that?  Yes, so long as we can know without a doubt that we aren’t paying to bring in someone who is ready to die to kill our people.

That’s my opinion, I’d love to hear  yours in the comments below and don’t forget to share!

2 thoughts on “Western Christianity and the Refugee Question”