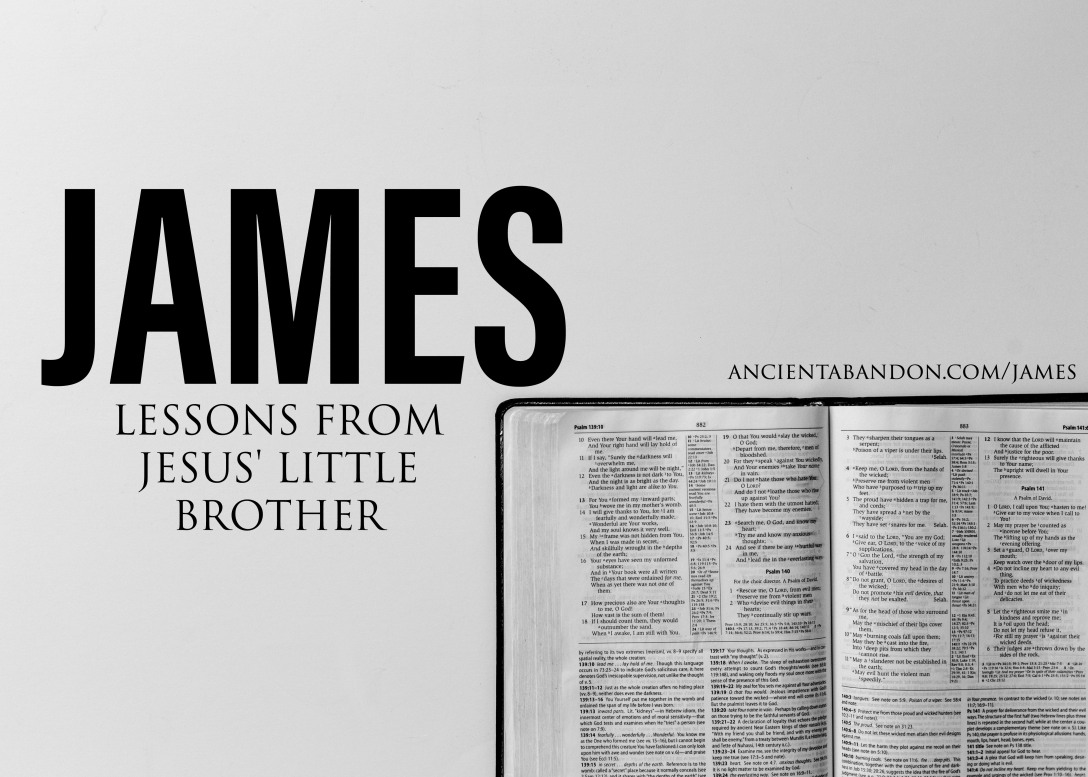 “Blessed is the man who remains steadfast under trial, for when he has stood the test he will receive the crown of life, which God has promised to those who love him.”

The idea of persevering in the midst of hardship and persecution is pretty much a universal theme of the Bible in general and the New Testament in particular. While struggling and suffering are not fun or pleasant, and no one in their right mind would want to actually suffer we must acknowledge that suffering and persecution is a part of living in a fallen and sinful world. It’s the reason loved one get sick and die. It’s the reason disgusting terrorists blow up places of worship (Sri Lankan Easter Bombings). It’s the reason we fight wars and lives are ripped apart as civilians become “collateral damage” (Documented Civilian Deaths from Violence in Iraq since 2003 Invasion) and people on both sides are left with PTSD (PTSD Fact Sheet). It’s the reason racism and bigotry exists, and it’s the reason people turn away from God.

Life on earth is hard. In his classic treatise Leviathan (chapter 8, section 4: The Incommodities of Such a War), English political philosopher Thomas Hobbes described it as “solitary, poore, nasty, brutish, and short.” While in the developed West (aka, the 1st World) we don’t usually see hardship in the same way as much of the rest of the world’s population, life is still difficult. Most of us have access to the conveniences of modern life such as a refrigerator, electricity, easy access to food, and reliable transportation but we – like our developing neighbors – still suffer from disease, anxiety, and depression (ADAA Facts & Stats). However, despite the bleakness that is portrayed by the evil intentions of man’s heart, the Children of God are called to persevere.

For Christians in the West, we have very little to fear as we celebrate Jesus and seek to follow Him faithfully. Sure, there are people who don’t like it and some of us do face persecution at our workplace or -in rare cases- violence by extremists in our communities. But the thing that Christians in the West tend to face in terms of hardships are the struggles to not stray from God when everyone we know and love are pressuring us to give in and go with the societal flow. Others of us on the low-end of the economic spectrum may also struggle with the fairness of being poor even when people who hate God and who live and act selfish and sinful lives prosper.

These trials, and many more that I’m sure I’m overlooking, may be less violent and in our faces than those of our brothers and sisters mentioned earlier, but they are trials none-the-less. In my human eyes I am often hard on myself and other Western Christians when we complain about our “first world problems”, and while I don’t necessarily think that view is wrong, I’m also not convinced it entirely biblical. Other people have it worse than I and many of us do, but that doesn’t mean that God doesn’t care about our trials just as much as He cares about theirs.

After saying all of that, the big idea is quite simple. No matter what you’re going through, no matter how big or small your problem actually is, your Father in heaven cares. He is involved in it and is walking with you through it all, the good and the bad. And walking with Him, leaning into Jesus in spite of your suffering, will bring a blessing and a peace that surpasses all understanding (Matthew 5:10-11; James 1:12; Philppians 4:7).